On the the 9th November Sun City hosted the opening ceremony for the 2017 Nedbank Golf Challenge. The event took place on the Beach at the Lost City. The 2017 theme was Rio Carnival. Fuze set up a cocktail bar at the entrance to the beach and all VIP’s and attendees were welcomed with a delicious Fuze Cocktail on arrival. Sun City provided two barmen to produce the cocktails which were served during the event to all the patrons. The Cocktails were carefully designed to compliment each Fuze variant.

The aim of this campaign was to sample the tailor-made Fuze Cocktails to all the Golfers participating & spectating the Nedbank Golf Challenge. We had an experienced team of brand ambassadors dressed in Rio-themed clothing walking around the event offering people a refreshing sample of the product. The stand attracted many people because of the bright bold colours. We were positioned right by the entrance & exit of the event with increased the amount of people who visited the team. Our team was highly skilled & trained in the features of the product so when
asked, they could respond intelligently. We managed to make 1440 Cocktails throughout the event. The Swinger  which was made with Lemon Fuze Tea- was the most popular variant having made 336 Cocktails. It was served with 1.5 shots of Vodka, freshly squeezed Lemon & Orange, fresh mint & a maraschino cherry. People who visited the stand commented on how much they enjoyed the innovative cocktails. The setup was eye-catching & positioned right by the entrance of the event, which increased the number of samples handed

People who visited the stand commented on how much they enjoyed the innovative cocktails. The setup was eye-catching & positioned right by the entrance of the event, which increased the number of samples handedout. We made 1440 cocktails in total The Sun City staff were helpful in supplying the ice, alcohol & staff. However we need more staff on the ground to deal with the high demand of cocktails. Bring in the second sampling station to adequately provide for the crowds. 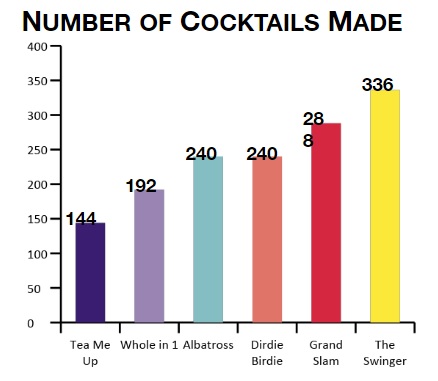 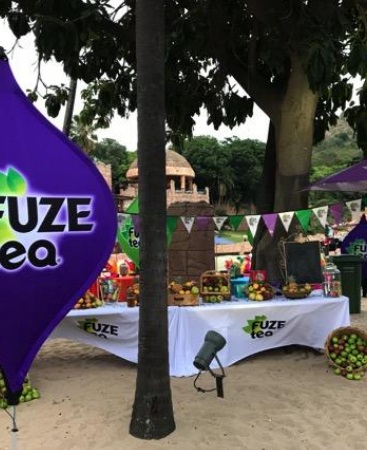 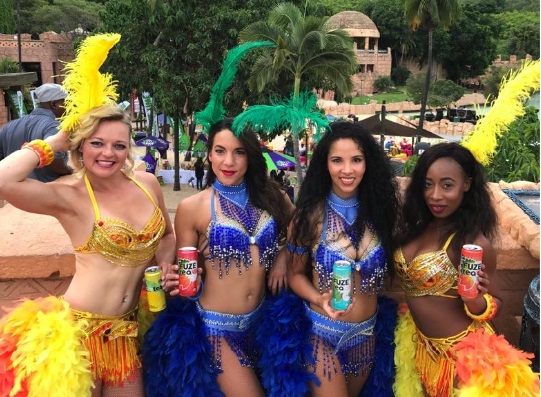